Growing up I never really thought about the existence of angels. I was raised as a Christian but was never that spiritual.

It wasn't until recently at age 20, that my religious and spiritual knowledge started to grow and I started to put the signs together.

I had heard random people online telling about their experiences with angels and I always wondered "if they're real, why haven't I had any experience like that?" ...

One day I decided to ask for my Guardian Angel to send me a clear sign if they existed and were ready to help me. During this time I was experiencing anxiety and some stress, so I was looking for hope and comfort.

A minute later I turned my music on and the first song that played was one that I never really listened to before, however, what struck me was the lyrics.

The reason these lyrics struck me is that they actually answered the prayer and request I had made about a minute earlier.

Suddenly I felt greater comfort and hope because I didn't feel so alone. Then I remembered all those times as a child I received help or signs. As a child I used to see reptile and snake-like shadows all over my walls at night when I was trying to sleep, it used to terrify me until I started praying and stopped seeing the shadows.

In fact, there have been a few instances where I have prayed for help and actually received what I was asking for.

One of the first signs I remember receiving goes back to when I was 5 years old. It still remains as one of my favorite memories ever. A

t the time I had survived a war in my home country and my parents were very poor. We literally lost everything and had no money or home.

During the Christmas and New Years season, a man gave my father a big package filled with chocolates and candy. He asked my father to give it to his child as a gift. This was great news for my parents because they could not afford to buy me any gifts and this was all I was given. They told me the gift was from Santa and like any child I was very excited!

The first bit of chocolate I opened was a Kinder Surprise egg which contained a toy. This toy was special to me though because it was an animal that was native to only one country - the country my parents were seeking to move to.

Before this, my parents had applied for a Visa to move overseas so that we could start a new life.

However the embassy told my parents that the documents we gave in were very old and due to a large number of applicants, it was highly unlikely that we would be accepted.

My parents almost lost hope, until a few days later I was surprised by the toy that represented the native animal of the country we were seeking residency in.

My parents questioned if it was a sign, and sure enough soon after we received a phone call saying that we had been accepted and our visa was granted. As a child I didn't pick up on these signs, but eventually, I started to put everything together in my life and I realised that God and Angels have always been there for me, I just never paid attention.

My mother often says that as a toddler I had conversations and laughed with 'invisible figures' that no one could see. Some people said these were Guardian Angels watching over me while I stayed in the hospital as a toddler due to a few health problems.

Perhaps they were right. Regardless, I have decided that all the signs of hope and support I have received in my life mean one thing - Angels are around us and they want to help, we just have to open our eyes, believe and be grateful. Sometimes a sign can be right in front of our eyes and we just don't notice! 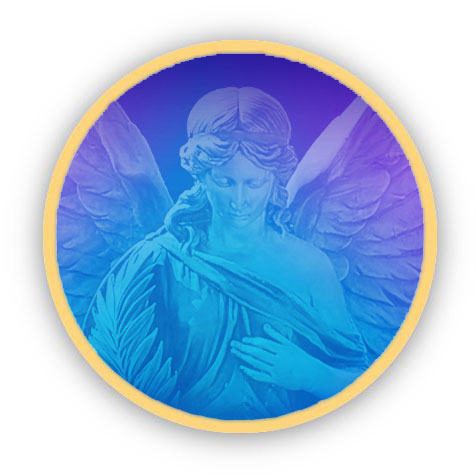